The Columbia University Seminars on

Innovation in Education
and
Ethics, Moral Education, and Society
present

High Price:
A Neuroscientist’s Journey of Self-Discovery
That Challenges Everything We Know About Drugs and Society 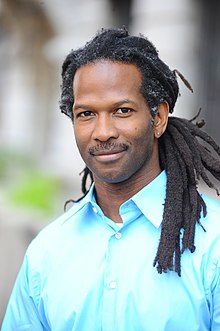 High Priceis the harrowing and inspiring memoir of neuroscientist Carl Hart, who grew up in one of Miami’s toughest neighborhoods and, determined to make a difference as an adult, applies his scientific training to help save real lives.

Growing up, Hart didn’t see the value of school, studying just enough to keep him on the basketball team. Today, he is Columbia University’s first tenured African American professor in the sciences—whose controversial research is redefining our understanding of addiction.

In this provocative and eye-opening memoir, Dr. Carl Hart recalls his journey of self-discovery, how he escaped a life of crime and drugs and avoided becoming one of the crack addicts he now studies. Interweaving past and present, Hart goes beyond the hype as he examines the relationship between drugs and pleasure, choice, and motivation, both in the brain and in society. His findings shed new light on common ideas about race, poverty, and drugs, and explain why current policies are failing.

Carl Hart is the Chair of the Department of Psychology at Columbia University. He is also the Dirk Ziff Professor of Psychology in the Departments of Psychology and Psychiatry. Professor Hart has published numerous scientific and popular articles in the area of neuropsychopharmacology and is co-author of the textbook Drugs, Society and Human Behavior (with Charles Ksir). His most recent book, “High Price: A Neuroscientist’s Journey of Self-Discovery That Challenges Everything You Know About Drugs and Society,” was the 2014 winner of the PEN/E.O. Wilson Literary Science Writing Award. Professor Hart has appeared on multiple podcasts, radio and television shows including Real Time with Bill Maher and The O’Reilly Factor. He has also appeared in several documentary films including the award-winning “The House I Live In.” His essays have been published in several popular publications including The New York Times, Scientific American, The Nation, Ebony, The Root, and O Globo (Brazil’s leading newspaper).

• Follow College Walk (116th St.) across Amsterdam Ave towards Morningside Dr.
• After passing Jerome Greene Hall on the left, enter Wien courtyard through gates.
• Follow courtyard around to the right.